Mercy of a Rude Stream: The Complete Novels by Henry Roth

The book at Amazon and on Kindle.

Sixty years after the publication of his great modernist masterpiece, Call It Sleep, Henry Roth, a retired waterfowl farmer already in his late eighties, shocked the literary world with the announcement that he had written a second novel. It was called, he reported, Mercy of a Rude Stream, the title inspired by Shakespeare, and it followed the travails of one Ira Stigman, whose family had just moved to New York’s Jewish Harlem in that “ominous summer of 1914.” 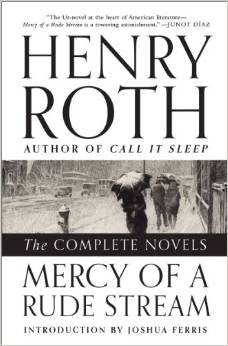