Your Face in Mine by Jess Row 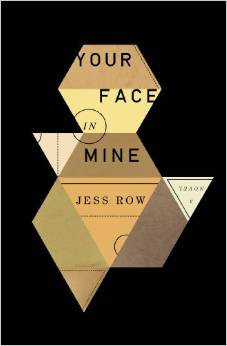 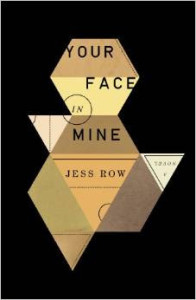 One afternoon, not long after Kelly Thorndike has moved back to his hometown of Baltimore, an African American man he doesn’t recognize calls out to him. To Kelly’s shock, the man identifies himself as Martin, who was one of Kelly’s closest friends in high school – and, before his disappearance nearly twenty years before, skinny, white, and Jewish. Martin then tells an astonishing story: After years of immersing himself in black culture, he’s had a plastic surgeon perform “racial reassignment surgery” – altering his hair, skin, and physiognomy to allow him to pass as African American. Unknown to his family or childhood friends, Martin has been living a new life ever since.

Now, however, Martin feels he can no longer keep his new identity a secret; he wants Kelly to help him ignite a controversy that will help sell racial reassignment surgery to the world. Kelly, still recovering from the death of his wife and child and looking for a way to begin anew, agrees, and things quickly begin to spiral out of control.