The Girl from Human Street: Ghosts of Memory in a Jewish Family by Roger Cohen 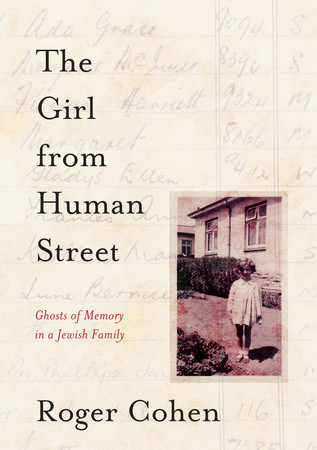 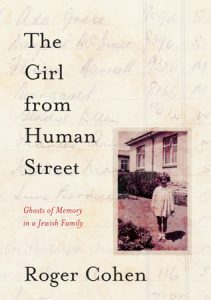 Beginning in the nineteenth century and continuing through to the present day, Roger Cohen tracks his family’s story of repeated upheaval, from Lithuania to South Africa, and then to England, the United States, and Israel. It is a tale of otherness marked by overt and latent anti-Semitism, but also otherness as a sense of inheritance. We see Cohen’s family members grow roots in each adopted homeland even as they struggle to overcome the loss of what is left behind and to adapt—to the racism his parents witness in apartheid-era South Africa, to the familiar ostracism an uncle from Johannesburg faces after fighting against Hitler across Europe, to the ambivalence an Israeli cousin experiences when tasked with policing the occupied West Bank.