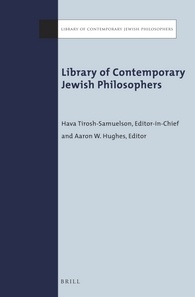 In this paperback set of the first five volumes, the works of Eliezer Schweid, Jonathan Sacks, David Novak, Eugene B. Borowitz, and Elliot N. Dorff are examined and celebrated.

The book’s page at the publisher’s site