The Moon Taker: A Jewish Regency Mystery by Libi Astaire 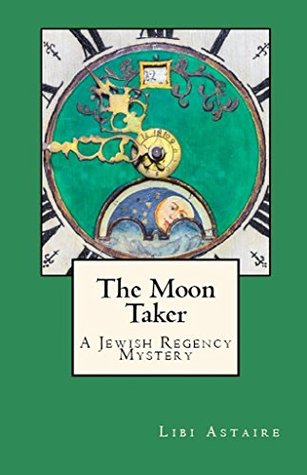 There’s trouble afoot in Regency London’s Jewish community, and no one to stop the crimes—until wealthy-widower-turned-sleuth Mr. Ezra Melamed teams up with an unlikely pair: General Well’ngone and the Earl of Gravel Lane, the leaders of a gang of young Jewish pickpockets. In this second volume of the Jewish Regency Mystery Series, General Well’ngone and the Earl of Gravel Lane set out to discover who murdered Mr. Hamburg, a colleague of theirs in the secondhand linen trade. But before they can unmask the killer, they must unravel the secret of a mysterious snuff box—a quest that takes them from their East End slum to an elegant country house where a group of distinguished astronomers are meeting. It’s winner take all in The Moon Taker, a humorous mystery story featuring British detectives who are definitely in a class of their own.