Why Not Say What Happened: A Sentimental Education by Morris Dickstein 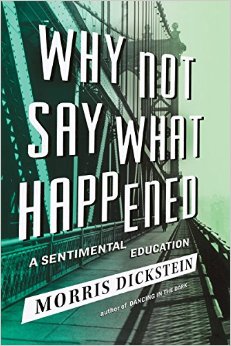 Why Not Say What Happened is at once a coming-of-age story, an intellectual autobiography, and cultural history. Morris Dickstein evokes his boisterous and close-knit Jewish family, his years as a yeshiva student that eventually led to fierce rebellion, his teenage adventures in the Catskills and in a Zionist summer camp, and the later education that thrust him into a life-changing world of ideas and far-reaching literary traditions. Dickstein depicts the tension between the parochial religious world of his youth and the siren call of a larger cosmopolitan culture, a rebellion that manifested itself in a yarmulka replaced by Yankees cap, a Shakespeare play concealed behind a heavy tractate of the Talmud, and classes cut on Wednesday afternoons to take in the Broadway theater.