33 Days: A Memoir by Leon Werth 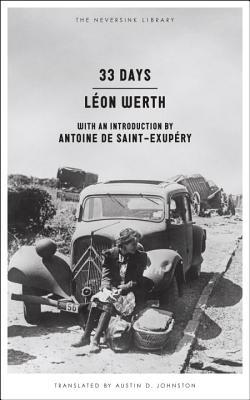 In June of 1940, Leon Werth and his wife fled Paris before the advancing Nazis Army. 33 Days is his eyewitness account of that experience, one of the largest civilian dispacements in history.

Encouraged to write 33 Days by his dear friend, Antoine de Saint-Exupéry, author of The Little Prince, Werth finished the manuscript while in hiding in the Jura mountains.

Saint-Exupéry smuggled the manuscript out of Nazi-occupied France, wrote an introduction to the work and arranged for its publication in the United States by Brentanos. But the publication never came to pass, and Werth’s manuscript would disappear for more than fifty years until the first French edition, in 1992. It has since become required reading in French schools.