Mastering the Art of Soviet Cooking: A Memoir of Food and Longing by Anya Von Bremzen 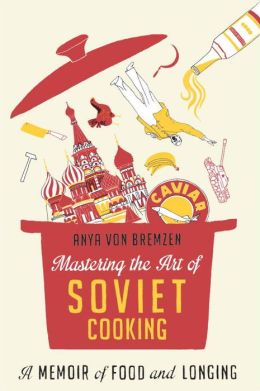 Anya recounts three Soviet-Jewish generations and their complex relationship with totalitarian power and Jewish identity. We meet her great-grandmother Maria who ran a Jewish home canteen out of her kitchen and lost her baby in the 1905 pogrom. We meet Anya’s grandfather Naum, a high-ranking intelligence officer under Stalin who resigned his job fearing anti-Semitic repressions, and her grandmother Liza who made the dangerous trek to blockaded Leningrad to find Naum during World War II. We also meet Anya’s mother, Larisa, who courageously fled the state she reviled leaving behind her entire life and family.