Ruth: From Alienation to Monarchy by Yael Ziegler 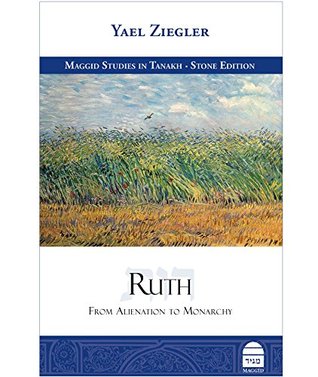 In Ziegler’s presentation, the book of Ruth is a contrast and corrective to the book of Judges. The opening verse sets the events of Ruth in the era of the Judges (Ziegler barely addresses when the book was composed, noting that scholarly opinion is divided while referring interested readers to the relevant studies), and indeed, the book of Ruth is placed immediately after Judges in the Christian canon. Whereas Judges describes an Israelite society plagued by anarchy, godlessness, and self-centeredness, Ruth offers a way out, a recipe for overcoming dissolution and building toward a cohesive and godly society. Ziegler supports this thesis by drawing a series of linguistic and thematic parallels between the book of Ruth and other biblical books, particularly Genesis and Judges.