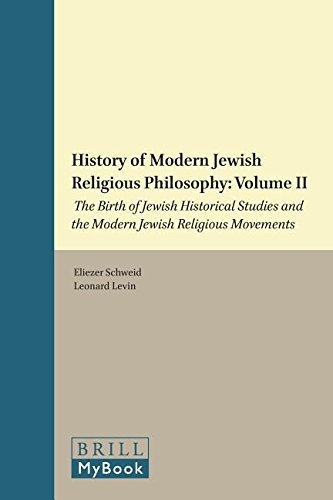 Translated and Annotated by Leonard Levin

The culmination of Eliezer Schweid’s life-work as a Jewish intellectual historian, this five-volume work provides a comprehensive, interdisciplinary account of the major thinkers and movements in modern Jewish thought, in the context of general philosophy and Jewish social-political historical developments, with extensive primary source excerpts.