Remember the Scorpion by Isaac Goldemberg 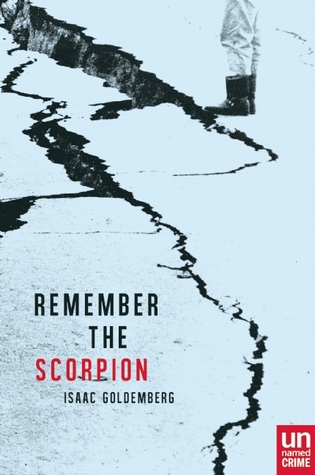 Lima, 1970: a tremendous earthquake has just struck the Peruvian capital, and mayhem reigns. Tensions are high, with a population reeling from the disaster and mesmerized by the World Cup. Enter detective Simon Weiss, tasked with solving two seemingly unrelated murders: the crucifying and beheading of a Japanese man in a pool hall and an apparent murder-by-hanging of an elderly Jewish man. Joined by Lieutenant Kato Kanashiro, whose deep ties to Japanese-Peruvian culture inform the case in surprisingly personal ways, Weiss, who is haunted by the trauma of a childhood partly spent in German concentration camps, traces the histories of two very different criminals and their crimes.

Remember the Scorpion tracks the wreckage of the Second World War and reconstructs it in the conflicted psyche of a South American detective. Weiss must uncover the relation between the perpetrators and their crimes, while searching deep within himself to conquer his own demons.