Shelter Us by Laura Nicole Diamond 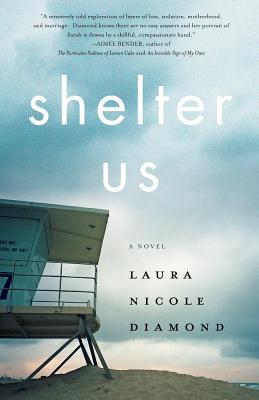 Sarah Shaw is a lawyer-turned-stay-home-mom struggling to raise two young sons while grieving the death of an infant daughter. While driving in Los Angeles one day, Sarah sees a homeless mother and child and makes it her mission to save them. The daughter of a secular father and converted-Jewish mother, Sarah turns toward Judaism for guidance, much as she relied on Jewish rituals upon the sudden death of her mother years before. Recalling her mother’s emphasis on “welcoming the stranger,” Sarah is emboldened to approach to the young homeless woman despite her husband’s admonition not to get involved. All the while, Sarah’s son’s questions about the death of his baby sister force Sarah to confront what she believes about God, death, and afterlife.

In Sarah’s lack of certainty, Shelter Us suggests that Judaism’s power is not in providing firm answers but rather in guiding us how to act while we are alive. Shelter Us—its title taken from the Hashkiveinu prayer—expresses a mother’s fervent longing that her children will be safe, despite the painful knowledge that there are no guarantees.