When the Diamonds Were Gone: A Jewish Refugee Comes of Age in America in the 1940s by Julian Padowicz 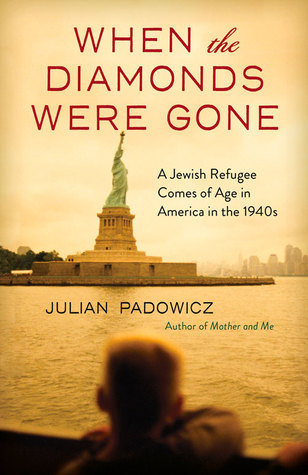 After a grueling and dramatic escape from occupied Poland in 1939, at age eight, Julian and his mother arrive in America in 1941 with big plans. Julian’s beautiful, former socialite mother Barbara wants to write a memoir and regain her former social position. Julian just wants to fit his war-damaged psyche into the American way of life. As Barbara climbs her social ladder, she succeeds in opening for herself doors that few manage to open. In the process, she slams in Julian’s face the very doors that other parents struggle to open for their children.