How’s Your Faith? An Unlikely Spiritual Journey by David Gregory 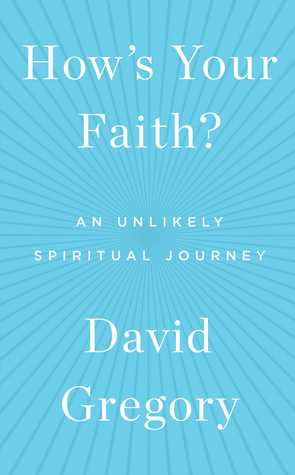 Join former NBC newsman and Meet the Press moderator David Gregory as he probes various religious traditions to better understand his own faith and answer life’s most important questions: who do we want to be and what do we believe? While David was covering the White House, he had the unusual experience of being asked by President George W. Bush “How’s your faith?”

David’s answer was just emerging. Raised by a Catholic mother and a Jewish dad, he had a strong sense of Jewish cultural and ethnic identity, but no real belief—until his marriage to a Protestant woman of strong faith inspired him to explore his spirituality for himself and his growing family. David’s journey has taken him inside Christian mega-churches and into the heart of Orthodox Judaism. He’s gone deep into Bible study and asked tough questions of America’s most thoughtful religious leaders, including evangelical preacher Joel Osteen and Cardinal Timothy Dolan, the Catholic Archbishop of New York. It has brought him back to his childhood, where belief in God might have helped him through his mother’s struggle with alcoholism, and through a difficult period of public scrutiny and his departure from NBC News, which saw his faith tested like never before.