A Poet of the Invisible World by Michael Golding 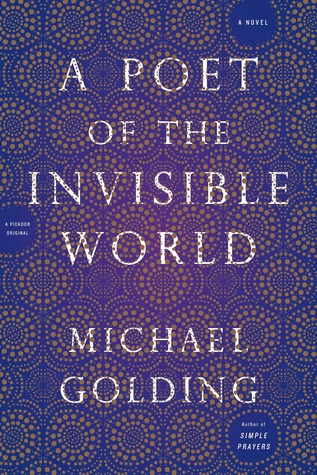 A Poet of the Invisible World is the story of Nouri, a boy born in thirteenth century Persia with four ears instead of two. Orphaned as an infant, he’s taken into a Sufi order, where he meets an assortment of dervishes and is placed upon a path towards spiritual awakening. He studies the Koran and the principles of Sufism. He meets his first love, a handsome youth named Vishpar. When marauders attack the lodge, however, he’s swept off to a series of grueling adventures and an assortment of shifting roles: tea boy in the court of a Spanish sultan, shepherd on a barren farm in the mountains, sybarite in a bustling city on the north coast of Africa.