The Crime and the Silence by Anna Bikont 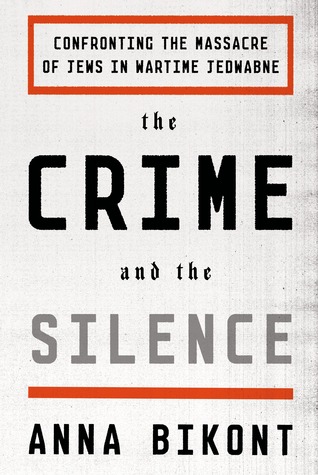 Confronting the Massacre of Jews in Wartime Jedwabne

Jan Gross’s hugely controversial Neighbors was a historian’s disclosure of the events in the small Polish town of Jedwabne on July 10, 1941, when the citizens rounded up the Jewish population and burned them alive in a barn. The massacre was a shocking secret that had been suppressed for more than sixty years, and it provoked the most important public debate in Poland since 1989. From the outset, Anna Bikont reported on the town, combing through archives and interviewing residents who survived the war period. Her writing became a crucial part of the debate and she herself an actor in a national drama.

Part history, part memoir, The Crime and the Silence is the journalist’s account of these events: both the story of the massacre told through oral histories of survivors and witnesses, and a portrait of a Polish town coming to terms with its dark past. Including the perspectives of both heroes and perpetrators, Bikont chronicles the sources of the hatred that exploded against Jews and asks what myths grow on hidden memories, what destruction they cause, and what happens to a society that refuses to accept a horrific truth.