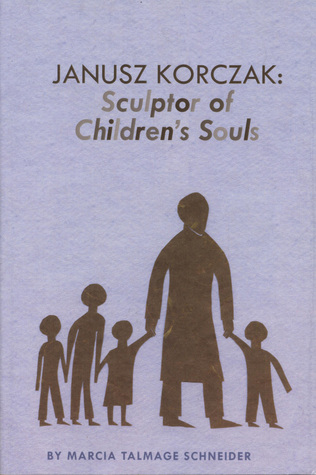 Hailed by Pope John Paul II and strongly influential in the United Nations adoption of the Universal Declaration of Human Rights and the Rights of the Child, this doctor/educator/author’s brilliant life, tragic ending in the Holocaust and the enduring legacy of his ideas are vividly presented in Janusz Korczak: Sculptor of Children’s Souls. Although a bachelor with no children of his own, Korczak was a father to thousands of children via his stewardship of both a unique Jewish orphanage (Dom Sierot) and simultaneously a Catholic one (Nasz Dom) in early 20th Century Poland. Although he, his staff and his children were marched to their eventual death at Treblinka, the journey of his humanistic ideas has continued to march onwards.

An educator for over 40 years in the United States and Israel, Marcia Talmage Schneider has not only written a biography of Korczak (already the subject of many works and an award-winning film), but has also uniquely traced his legacy through first-hand interviews with 10 graduates of his Dom Sierot orphanage. His “children”, who range from photographers and artists to psychologists and educators, illustrate the lasting effects of Korczak’s philosophy and personality decades later. What was it that made Korczak’s ideas so revolutionary? Talmage Schneider notes: “Heading the orphanage from 1912 to his end in 1942, Korczak’s methods emphasized each child’s right to respect by creating a democracy of children, for children and by children.” Unlike similar institutions of the time, his was self- governed by a Court of Justice comprised of Korczak, his staff (including the janitor!), and the children themselves; rules of responsibilities for oneself and others; a newspaper written by the children, plus other humane ideas emanating from his own magical personality, partially forged by his experiences in two wars that showed him the effects of violence on children.

In his classic book “To Love A Child” (1919), Korczak wrote of children: “Give them the conditions for better development so that they can grow up to be adults who will bring a better future to the world.” This is why Pope John Paul II cited him as “a symbol of true religion and true morality” and why Poland declared 2012 The Year of Janus Korczak, marking the 70th Anniversary of his death and the 100th Anniversary of the founding of Dom Sierot. In a current movement to get Korczak’s ideas better known in Canada and to improve its welfare system, Irwin Elman, Ontario’s Provincial Advocate for Children and Youth, recently stated on CBC Radio’s “The Current” that “It’s possible…you can create the conditions and legislate the conditions where love can flourish.”