Max Baer and the Star of David by Jay Neugeboren 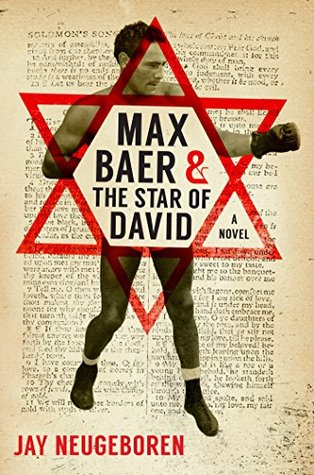 When Jay Neugeboren’s first novel, Big Man, was published, James Michener called it ”as good a sports novel as has ever been written.” Now, nearly a half century later, Neugeboren is publishing Max Baer and the Star of David, his 22nd book–a remarkable novel that is centered on the life of the world heavyweight champion Max Baer. In 1933 Baer–who was one-quarter Jewish and wore a Star of David on his boxing trunks–won the greatest fight of his career, defeating Nazi Germany’s heavyweight champion, Max Schmeling, before a crowd of 60,000 fans. A year later, he earned the heavyweight title defeating Primo Carnera in 1934 in front of 50,000 fans at Madison Square Garden Bowl. Baer was a flashy performer and showman who entertained America during the Great Depression. At the height of his fame, he starred in more than a dozen movies, played the vaudeville circuits, and was romantically linked to innumerable starlets, show girls, socialites, and Broadway actresses.

As E. L. Doctorow did in Ragtime, in Max Baer and the Star of David Neugeboren has created fictional characters that interact with a real historical character, the boxing champion Max Baer. At the heart of this novel are two mysterious and memorable fictional creations, Max Baer’s constant companions, Horace and Joleen Littlejohn, who present themselves to the world as husband and wife, but are, in fact, brother and sister. They become best friends and sometime lovers to Max in this dazzling story about the world of boxing, and about Max’s life in and out of the ring. The narrator is Horace, and Neugeboren has given him a distinctive and compelling voice in what is, among other things, a strange and affecting interracial love story like no other, where love and violence lie down beside one another in astonishing ways.