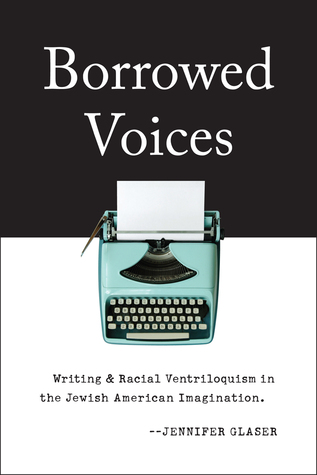 In the decades following World War II, many American Jews sought to downplay their difference, as a means of assimilating into Middle America. Yet a significant minority, including many prominent Jewish writers and intellectuals, clung to their ethnic difference, using it to register dissent with the status quo and act as spokespeople for non-white America.

In this provocative book, Jennifer Glaser examines how racial ventriloquism became a hallmark of Jewish-American fiction, as Jewish writers asserted that their own ethnicity enabled them to speak for other minorities. Rather than simply condemning this racial ventriloquism as a form of cultural appropriation or commending it as an act of empathic imagination, Borrowed Voices offers a nuanced analysis of the technique, judiciously assessing both its limitations and its potential benefits. Glaser considers how the practice of racial ventriloquism has changed over time, examining the books of many well-known writers, including Bernard Malamud, Cynthia Ozick, Philip Roth, Michael Chabon, Saul Bellow, and many others.

Bringing Jewish studies into conversation with critical race theory, Glaser also opens up a dialogue between Jewish-American literature and other forms of media, including films, magazines, and graphic novels. Moreover, she demonstrates how Jewish-American fiction can help us understand the larger anxieties about ethnic identity, authenticity, and authorial voice that emerged in the wake of the civil rights movement.