Stars in the Ring: Jewish Champions in the Golden Age of Boxing: A Photographic History by Mike Silver 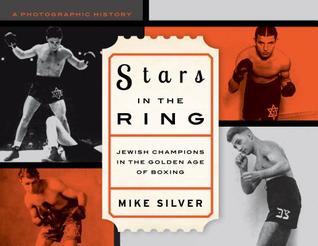 For more than sixty years—from the 1890s to the 1950s—boxing was an integral part of American popular culture and a major spectator sport rivaling baseball in popularity. More Jewish athletes have competed as boxers than all other professional sports combined; in the period from 1901 to 1939, 29 Jewish boxers were recognized as world champions and more than 160 Jewish boxers ranked among the top contenders in their respective weight divisions. Stars in the Ring,by renowned boxing historian Mike Silver, presents this vibrant social history in the first illustrated encyclopedic compendium of its kind.