The Nazi Hunters by Andrew Nagorski 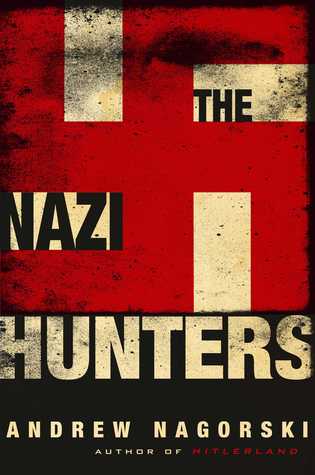 More than seven decades after the end of the Second World War, the era of the Nazi Hunters is drawing to a close as they and the hunted die off. Their saga can now be told almost in its entirety.

After the Nuremberg trials and the start of the Cold War, most of the victors in World War II lost interest in prosecuting Nazi war criminals. Many of the lower-ranking perpetrators quickly blended in with the millions who were seeking to rebuild their lives in a new Europe, while those who felt most at risk fled the continent. The Nazi Hunters focuses on the small band of men and women who refused to allow their crimes to be forgotten—and who were determined to track them down to the furthest corners of the earth.

The Nazi Hunters reveals the experiences of the young American prosecutors in the Nuremberg and Dachau trials, Benjamin Ferencz and William Denson; the Polish investigating judge Jan Sehn, who handled the case of Auschwitz commandant Rudolf Höss; Germany’s judge and prosecutor Fritz Bauer, who repeatedly forced his countrymen to confront their country’s record of mass murder; the Mossad agent Rafi Eitan, who was in charge of the Israeli team that nabbed Eichmann; and Eli Rosenbaum, who rose to head the US Justice Department’s Office of Special Investigations that belatedly sought to expel war criminals who were living quietly in the United States. But some of the Nazi hunters’ most controversial actions involved the more ambiguous cases, such as former UN Secretary-General Kurt Waldheim’s attempt to cover up his wartime history. Or the fate of concentration camp guards who have lived into their nineties, long past the time when reliable eyewitnesses could be found to pinpoint their exact roles.

The story of the Nazi hunters is coming to a natural end. It was unprecedented in so many ways, especially the degree to which the initial impulse of revenge was transformed into a struggle for justice. The Nazi hunters have transformed our fundamental notions of right and wrong. Andrew Nagorski’s book is a richly reconstructed odyssey and an unforgettable tale of gritty determination, at times reckless behavior, and relentless pursuit.