The Book of Esther by Emily Barton 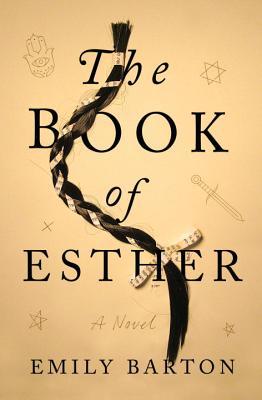 Jewish writers have had an ambivalent relationship with the fantasy genre. It was primarily American Jews who created the comic-book superheroes, like Superman and Batman, who now dominate the screens and the imaginations of the globe. Despite the occasional Nazi villain, these stories have no explicit Jewish content—Superman may be an immigrant, but he comes from Krypton, not Galicia. This is a marked difference from the classics of literary fantasy, such as the Narnia tales of C.S. Lewis or the Middle-earth books of J.R.R. Tolkien, which are pretty explicit in their use of Christian and English historical themes. There have been a number of books in the last couple of decades featuring Jewish folk elements like golems and kabbalistic magic—such as Cynthia Ozick’s The Puttermesser Papers, or even Zadie Smith’s The Autograph Man—but I can’t think of any fully developed fantasy world that is thoroughly and overtly Jewish. The one exception may be the work of Michael Chabon, who told the story of those Jewish comic-book pioneers in The Amazing Adventures of Kavalier and Clay, and went on to create his own imaginary Alaskan Jewish society in The Yiddish Policemen’s Union.

What if an empire of Jewish warriors that really existed in the Middle Ages had never fallen—and was the only thing standing between Hitler and his conquest of Russia?

Eastern Europe, August 1942. The Khazar kaganate, an isolated nation of Turkic warrior Jews, lies between the Pontus Euxinus (the Black Sea) and the Khazar Sea (the Caspian). It also happens to lie between a belligerent nation to the west that the Khazars call Germania—and a city the rest of the world calls Stalingrad.

After years of Jewish refugees streaming across the border from Europa, fleeing the war, Germania launches its siege of Khazaria. Only Esther, the daughter of the nation’s chief policy adviser, sees the ominous implications of Germania’s disregard for Jewish lives. Only she realizes that this isn’t just another war but an existential threat. After witnessing the enemy warplanes’ first foray into sovereign Khazar territory, Esther knows she must fight for her country. But as the elder daughter in a traditional home, her urgent question is how.

Before daybreak one fateful morning, she embarks on a perilous journey across the open steppe. She seeks a fabled village of Kabbalists who may hold the key to her destiny: their rumored ability to change her into a man so that she may convince her entire nation to join in the fight for its very existence against an enemy like none Khazaria has ever faced before.

The Book of Esther is a profound saga of war, technology, mysticism, power, and faith. This novel—simultaneously a steampunk Joan of Arc and a genre-bending tale of a counterfactual Jewish state by a writer who invents worlds “out of Calvino or Borges” (The New Yorker)—is a stunning achievement. Reminiscent of Michael Chabon’s The Yiddish Policemen’s Union and Philip Roth’s The Plot Against America, The Book of Esther reaffirms Barton’s place as one of her generation’s most gifted storytellers.