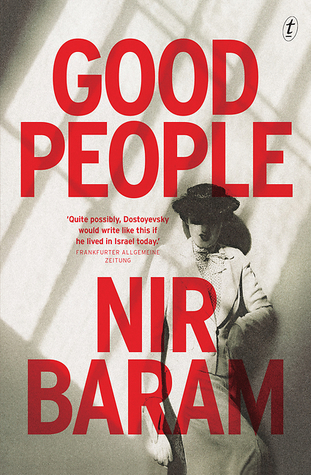 Thomas Heiselberg has built a career in Berlin as a market researcher for an American advertising company.

In Leningrad, twenty-two-year-old Sasha Weissberg has grown up eavesdropping on the intellectual conversations in her parents’ literary salon.

They each have grand plans for their lives. Neither of them thinks about politics too much, but after catastrophe strikes they will have no choice.

Thomas puts his research skills to work elaborating Nazi propaganda. Sasha persuades herself that working as a literary editor of confessions for Stalin’s secret police is the only way to save her family.

When destiny brings them together, they will have to face the consequences of the decisions they have made.

Nir Baram’s Good People has been showered with praise in many countries. With its acute awareness of the individual amid towering historical landscapes, it is a tour de force: sparkling, erudite, a glimpse into the abyss.