We Were the Future: A Memoir of the Kibbutz by Yael Neeman 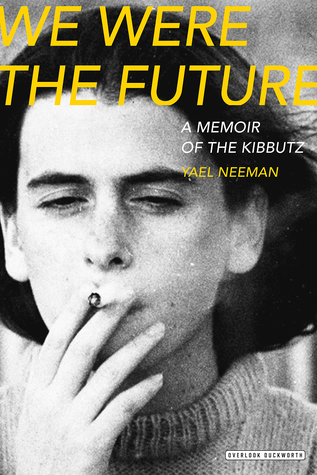 The kibbutz is one of the greatest stories in Israeli history. These collective settlements have been written about extensively over the years: The kibbutz has been the subject of many sociological studies, and has been praised as the only example in world history of entire communities attempting, voluntarily, to live in total equality. But there’s a dark side to the kibbutz, which has been criticized in later years, mainly by children who were raised in these communities, as an institution which victimized its offspring for the sake of ideology.

In this spare and lucid memoir, Neeman–a child of the kibbutz–draws on the collective memory of hundreds of thousands of Israelis who grew up in a kibbutz during their height and who intimately share their memories with her.

We Were the Future is more than merely a compelling personal account of growing up in the kibbutz movement; it is an unstintingly honest examination of the perils of pioneering and a new lens through which to see the history of Israel.