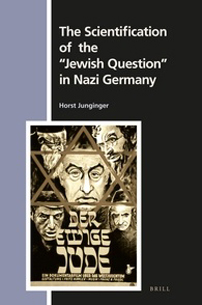 The Scientification of the “Jewish Question” in Nazi Germany describes the attempt of a considerable number of German scholars to counter the vanishing influence of religious prejudices against the Jews with a new antisemitic rationale. As anti-Jewish stereotypes of an old-fashioned soteriological kind had become dysfunctional under the pressure of secularization, a new, more objective explanation was needed to justify the age-old danger of Judaism in the present. In the 1930s a new research field called “Judenforschung” (Jew research) emerged. Its leading figures amalgamated racial and religious features to verify the existence of an everlasting “Jewish problem”. Along with that they offered scholarly concepts for its solution.