Dancing on a Powder Keg by Michal Schwartz 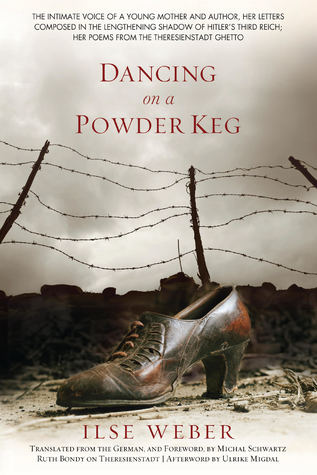 The Intimate Voice of a Young Mother and Author, Her Letters Composed in the Lengthening Shadow of the Third Reich; Her Poems from the Theresienstadt Ghetto.

Endorsed by Yad Vashem, the World Holocaust Remembrance Center, as a unique document with literary value, Ilse Weber’s letters and poems, 1933-1944, record with vivid immediacy the lives of her small family during a time of increasing danger, when Europe descended from peace to the chaos of war and genocide. Ilse wrote to her Swedish friend, Lilian, who lived in London, and from 1939, also to her older son whom the Webers sent to Lilian on a Kindertransport. In 1942, Ilse, her husband and younger son, were deported to the Thersienstadt ghetto. Working there in the children’s infirmary, Ilse eased the daily suffering of her patients and fellow inmates with songs she wrote and set to music, accompanying herself on her contraband guitar. These more than 60 songs and poems that trace Ilse’s last years, have been performed by various artists and ensembles from around the world, having become symbols of ghetto life under Nazi occupation.