Hezekiah in History and Tradition by Robb Andrew Young 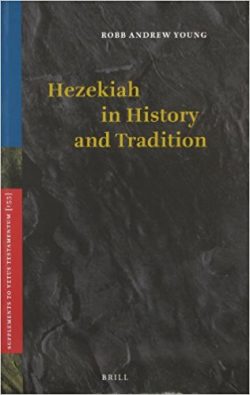 The Judean monarch Hezekiah remains one of the most significant figures in biblical studies. For all of his greatness, however, there is little about him that may be stated with certainty. This study provides a detailed reexamination of this enterprising ruler. It commences with data outside the biblical text from Assyrian records and ancient Near Eastern archaeology which may be brought to bear in reconstructing the historical Hezekiah, and subsequently proceeds to augment this picture based on his portrayal in the books of Kings, First Isaiah, and Chronicles. Its focus is on those issues that either remain contentious in biblical scholarship, or else have been resolved into a general consensus that needs to be called into question.