What Language Do I Dream In? by Elena Lappin 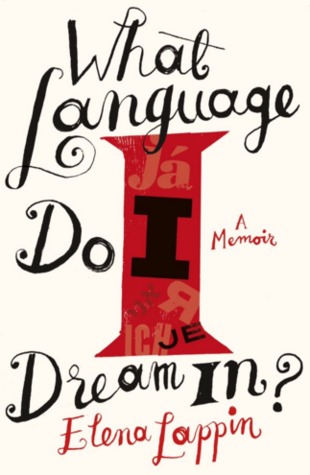 Taking its title from a question often asked of polyglots, What Language Do I Dream In? is Elena Lappin’s stunning memoir about how language runs throughout memory and family history to form identity. Lappin’s life could be described as “five languages in search of an author”, and as a multiple émigré, her decision to write in English was the result of many wanderings. Russian, Czech, German, Hebrew, and finally, English: each language is a link to a different piece of Lappin’s rich family mosaic and the struggle to find a voice in a language not one’s own.

From Europe to North America—and back again, via some of the twentieth century’s most significant political upheavals—Lappin reconstructs the stories and secrets of her parents and grandparents with the tenderness of a novelist and the eye of a documentary filmmaker. The story of Lappin’s identity is unexpectedly complicated by the discovery, in middle age, that her biological father was an American living in Russia. This revelation makes her question the very bedrock of her knowledge of her birth, and adds a surprising twist: suddenly, English may be more than the accidental “home in exile”—it is a language she may have been close to from the very beginning.