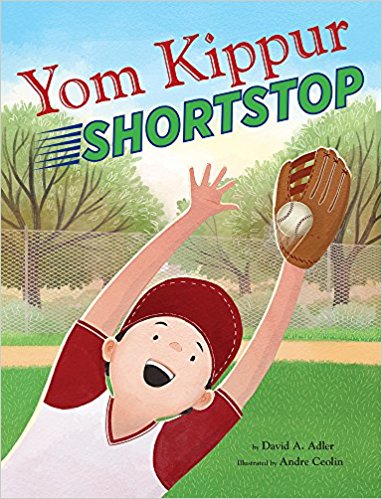 Bam! It’s a speedy drive over second base. I jump and catch it. My whole team shouts, ‘Jacob, you saved the game!’;

It’s Jacob’s third year in Little League, and he’s never missed a game. The championship game is coming up, and his team is counting on him. But then he finds out the game is scheduled on the holiday of Yom Kippur. The game is important. and Jacob has a decision to make.

Jacob’s story was inspired by the Los Angeles Dodgers’ star pitcher Sandy Koufax, who sat out a 1965 World Series game on Yom Kippur. He was a hero to people everywhere who have made difficult decisions in order to observe their religious holidays.