Studies in Judaism and Pluralism: Honoring the 60th Anniversary of the Academy for Jewish Religion 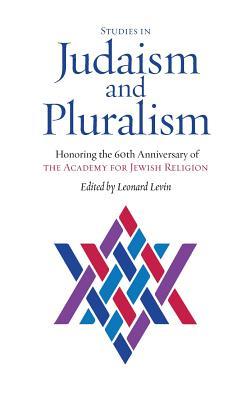 The concept of pluralism — embracing Jews from across the religious spectrum — is the wave of the future in the Jewish community… but the Academy for Jewish Religion has been living pluralism for 60 years. Pluralism has always been in its DNA.

In 1956, at the height of denominationalism, the founders of the Academy for Jewish Religion realized that the future of the Jewish People was in acceptance and inclusiveness, cherishing and learning from the other. For sixty years the Academy for Jewish Religion has served within the Jewish community as the leader in the pluralistic training of rabbis, cantors and, more recently, graduate students. This volume celebrates this milestone anniversary.

Studies in Judaism and Pluralism explores pluralism in theory and practice. From questions of philosophy and law to matters of liturgy and practice, this volume explores how Jewish communities can live with co-existing commitments to non-negotiable, contradicting beliefs.

Its essays include classic articles and contributions written for this volume. Its sections include: