All I Could Never Be by Anzia Yezierska 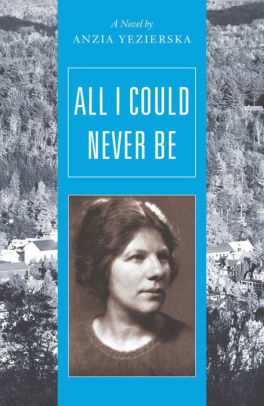 In this heartfelt novel, written in 1932, Fanya Ivanowna, a Polish Jew from New York’s Lower East Side, meets Henry Scott, a well-bred professor who first helps her fulfill her ambition to become a writer, then falls in love with her―but only to change his mind and rebuff her socially. Fanya is hurt, but instead of returning to the ghetto to live among “her own people,” as so many have done before her, she decides to continue to better herself, to become more American. She moves to a small New England town, where she meets her soulmate, a non-Jewish Polish immigrant, and prepares to make a home.

A moving portrait of an indomitable immigrant woman, as well as an early and optimistic story of Jewish assimilation and inter-marriage, with an introduction by Dr. Catherine Rottenberg, who places the book within the context of Yezierska’s work and Jewish American history.