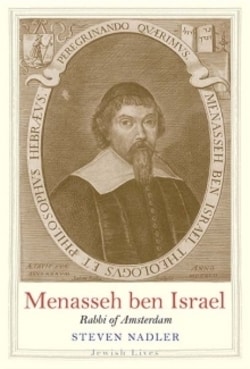 Menasseh ben Israel (1604–1657) was among the most accomplished and cosmopolitan rabbis of his time, and a pivotal intellectual figure in early modern Jewish history. He was one of the three rabbis of the “Portuguese Nation” in Amsterdam, a community that quickly earned renown worldwide for its mercantile and scholarly vitality.

Born in Lisbon, Menasseh and his family were forcibly converted to Catholicism but suspected of insincerity in their new faith. To avoid the horrors of the Inquisition, they fled first to southwestern France, and then to Amsterdam, where they finally settled. Menasseh played an important role during the formative decades of one of the most vital Jewish communities of early modern Europe, and was influential through his extraordinary work as a printer and his efforts on behalf of the readmission of Jews to England. In this lively biography, Steven Nadler provides a fresh perspective on this seminal figure.