The Queen & The Spymaster: A Novel Based on the Story of Esther by Sandra E. Rapoport 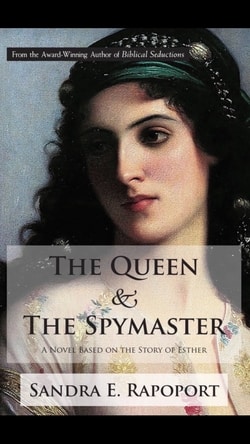 She was queen of all Persia, beautiful and mysterious. In a royal court rife with intrigue, she was also the ultimate coup for a spymaster: she was perfectly placed to influence the most powerful king in the ancient Near East. Only when her people faced certain genocide was the Bible’s highest-placed sleeper agent activated. In The Queen & The Spymaster, a novel based on the story of Esther, award-winning author and scholar Sandra E. Rapoport hews to the ancient text while imagining the suspenseful, gripping and ultimately triumphant backstory of the unlikely heroes of Xerxes’ Persia.