The Art of Mystical Narrative: A Poetics of the Zohar by Eitan Fishbane 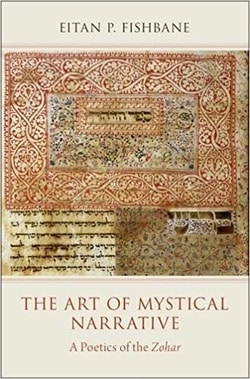 In the study of Judaism, the Zohar has captivated the minds of interpreters for over seven centuries, and continues to entrance readers in contemporary times. Yet despite these centuries of study, very little attention has been devoted to the literary dimensions of the text, or to formal appreciation of its status as one of the great works of religious literature.

The Art of Mystical Narrative offers a critical approach to the zoharic story, seeking to explore the interplay between fictional discourse and mystical exegesis. Eitan Fishbane argues that the narrative must be understood first and foremost as a work of the fictional imagination, a representation of a world and reality invented by the thirteenth-century authors of the text. He claims that the text functions as a kind of dramatic literature, one in which the power of revealing mystical secrets is demonstrated and performed for the reading audience. The Art of Mystical Narrative offers a fresh, interdisciplinary perspective on the Zohar and on the intersections of literary and religious studies.