The Messianic Secret of Hasidism by Mor Altshuler 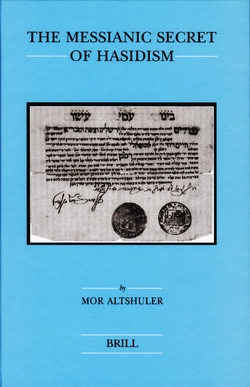 This book describes a circle of Eastern European Kabbalists that established Hasidism, an important movement that has influenced Jewish Mysticism, Yiddish culture and Hebrew literature. It uncovers the messianic motivation, concealed in Hasidic writings after the failure of their 1740-1781 attempts to hurry redemption.
The book opens with the Besht, the legendary founder of Hasidism, and continues with the first Hasidic court, founded by one of his prominent disciples, the preacher of Zlotshov. The group’s redemptive activities are revealed through their mystical rituals, their self-image as representatives of the ten Sefirot, and the status of their leader, “the Righteous One,” as a vivid symbol of the divine influx.
The book is especially important for scholars and students of Judaism as well as scholars of mysticism and messianism, seeking to comprehend the transformation of a messianic circle of devotees into a mass movement that changes the culture of an entire nation.