Apocalypticism and Mysticism in Ancient Judaism and Early Christianity 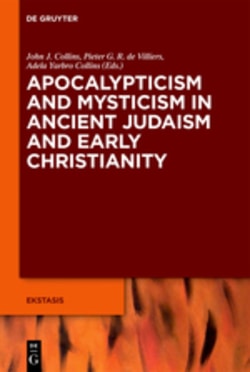 This volume explores the subject by examining both the Hebrew and Aramaic tradition (Dead Sea Scrolls, 1 Enoch) and the Greek philosophical tradition (Philo) and also examines the Christian transformation of Jewish mysticism in Paul and Revelation. It provides for a nuanced treatment that differentiates different strands of thought that may be considered mystical. The Hebrew tradition is mythical in nature and concerned with various ways of being in the presence of God. The Greek tradition allows for a greater degree of unification and participation in the divine. The New Testament texts are generally closer to the Greek tradition, although Greek philosophy would have a huge effect on later Christian mysticism.