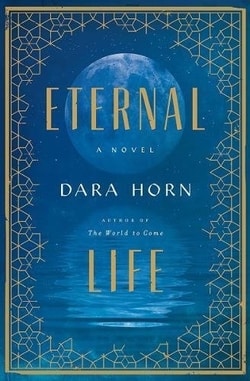 What would it really mean to live forever?

Rachel is a woman with a problem: she can’t die. Her recent troubles—widowhood, a failing business, an unemployed middle-aged son—are only the latest in a litany spanning dozens of countries, scores of marriages, and hundreds of children. In the 2,000 years since she made a spiritual bargain to save the life of her first son back in Roman-occupied Jerusalem, she’s tried everything to free herself, and only one other person in the world understands: a man she once loved passionately, who has been stalking her through the centuries, convinced they belong together forever.

But as the twenty-first century begins and her children and grandchildren—consumed with immortality in their own ways, from the frontiers of digital currency to genetic engineering—develop new technologies that could change her fate and theirs, Rachel knows she must find a way out.

Gripping, hilarious, and profoundly moving, Eternal Life celebrates the bonds between generations, the power of faith, the purpose of death, and the reasons for being alive.