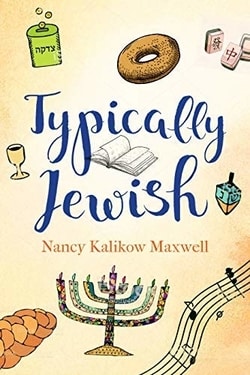 Is laughter essential to Jewish identity? Do Jews possess special radar for recognizing members of the tribe? Since Jews live longer and make love more often, why don’t more people join the tribe? “More deli than deity” writer Nancy Kalikow Maxwell poses many such questions in eight chapters—“Worrying,” “Kvelling,” “Dying,” “Noshing,” “Laughing,” “Detecting,” “Dwelling,” and “Joining”—exploring what it means to be “typically Jewish.” While unearthing answers from rabbis, researchers, and her assembled Jury on Jewishness (Jewish friends she roped into conversation), she—and we—make a variety of discoveries. For example: