Scholar and Kabbalist: The Life and Work of Gershom Scholem; Editors: Mirjam Zadoff and Noam Zadoff 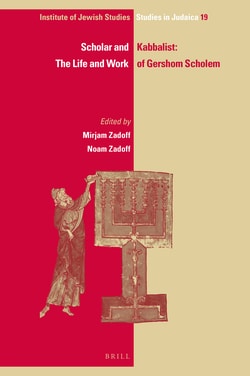 The articles collected in Scholar and Kabbalist: The Life and Work of Gershom Scholem present diverse biographical aspects and the scholarly oeuvre of arguably the most influential Jewish-Israeli intellectual of the 20th century. Immigrating to Palestine in 1923, Gershom Scholem became one of the founders of the Hebrew University in Jerusalem and was the first to establish Jewish Mysticism as a scholarly discipline. The articles collected here reflect the diversity of Scholem’s intellectual scope including his contribution to Jewish Studies as a scholar of Kabbalah, religion and history, as a bibliophile, and an expert librarian of Judaica. Central aspects of Scholem’s impact on Jewish historiography, literature and art in Israel, Europe and the US, are presented to the reader for the first time.