Arab-Jewish Literature: The Birth and Demise of the Arabic Short Story by Reuven Snir 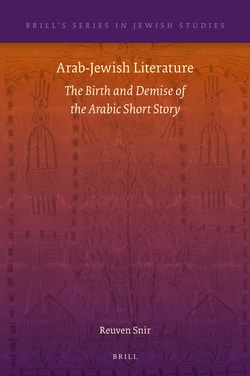 In Arab-Jewish Literature: The Birth and Demise of the Arabic Short Story, Reuven Snir offers an account of the emergence of the art of the Arabic short story among the Arabized Jews during the 1920s, especially in Iraq and Egypt, its development in the next two decades, until the emigration to Israel after 1948, and the efforts to continue the literary writing in Israeli society, the shift to Hebrew, and its current demise. The stories discussed in the book reflect the various stages of the development of Arab-Jewish identity during the twentieth century and are studied in the relevant updated theoretical and literary contexts. An anthology of sixteen translated stories is also included as an appendix to the book.