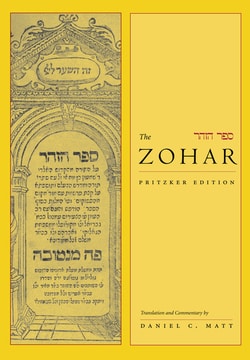 This sixth volume of The Zohar: Pritzker Edition completes the Zohar’s commentary on the book of Exodus. Some of the volume focuses on the Dwelling (or mishkan) built by Moses and the Israelites in the Sinai Desert. The mishkan symbolizes Shekhinah, the feminine presence of God who “dwells” on earth. The construction of the mishkan is intended to ensure Her intimacy with the people—and especially with Moses, who is actually called Her husband.

The dramatic episode of the Golden Calf receives special treatment. The worship of the calf is seen as a rejection of Shekhinah. Normally, She would have restrained the wrath of God’s masculine aspect and prevented Him from striking Israel; but having been rejected, She instead departed, leaving the people vulnerable. Whereupon the blessed Holy One hinted to Moses that it was up to him to defend Israel from divine destruction. By invoking the three patriarchs, Moses pinned God’s arms, as it were, and immobilized Him, saving his people.