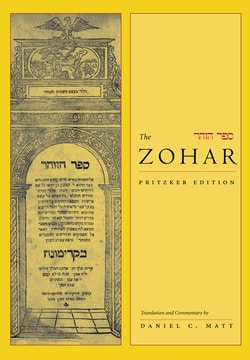 This third volume of The Zohar: Pritzker Edition completes the Zohar’s commentary on the book of Genesis. Here we find spiritual explorations of numerous biblical narratives, including Jacob’s wrestling with the angel, Joseph’s kidnapping by his brothers, his near seduction by Potiphar’s wife, his interpretation of Pharaoh’s dreams, and his reunion with his brothers and father.

Throughout, the Zohar probes the biblical text and seeks deeper meaning—for example, the divine intention behind Joseph’s disappearance, or the profound significance of human sexuality. Divine and human realities intertwine, affecting one another.

Toward the end of Genesis, the Bible states: Jacob’s days drew near to die—an idiomatic expression that the Zohar insists on reading hyperliterally. Each human being is challenged to live his days virtuously. If he does, those days themselves are woven into a garment of splendor; at death, they “draw near,” enveloping him, escorting him to the beyond.