The Roots of Jewish Consciousness, Volume One: Revelation and Apocalypse by Erich Neumann 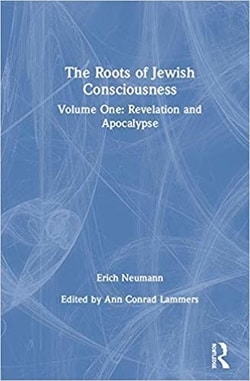 Roots of Jewish Consciousness, Volume One: Revelation and Apocalypse is the first volume, fully annotated, of a major, previously unpublished, two-part work by Erich Neumann (1905–1960). It was written between 1934 and 1940, after Neumann, then a young philosopher and physician and freshly trained as a disciple of Jung, fled Berlin to settle in Tel Aviv. He finished the second volume of this work at the end of World War II. Although he never published either volume, he kept them the rest of his life.

The challenge of Jewish survival frames Neumann’s work existentially. This survival, he insists, must be psychological and spiritual as much as physical. In Volume One, Revelation and Apocalypse, he argues that modern Jews must relearn what ancient Jews once understood but lost during the Babylonian Exile: that is, the individual capacity to meet the sacred directly, to receive revelation, and to prophesy. Neumann interprets scriptural and intertestamental (apocalyptic) literature through the lens of Jung’s teaching, and his reliance on the work of Jung is supplemented with references to Buber, Rosenzweig, and Auerbach. Including a foreword by Nancy Swift Furlotti and editorial introduction by Ann Conrad Lammers, readers of this volume can hold for the first time the unpublished work of Neumann, with useful annotations and insights throughout.

These volumes anticipate Neumann’s later works, including Depth Psychology and a New Ethic, The Origins and History of Consciousness, and The Great Mother. His signature contribution to analytical psychology, the concept of the ego–Self axis, arises indirectly in Volume One, folded into Neumann’s theme of the tension between earth and YHWH. This unique work will appeal to Jungian analysts and psychotherapists in training and in practice, historians of psychology, Jewish scholars, biblical historians, teachers of comparative religion, as well as academics and students.