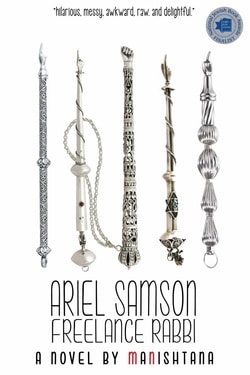 Ariel Samson is just your run of the mill anomaly: a 20-something black Orthodox Jewish rabbi looking for love, figuring out life, and floating between at least two worlds.

Luckily, it gets worse.

But all that’s the easy part.

Because whether Ariel knows it or not, he’s due for a breakthrough. Several, in fact. And he’s about to find out whether or not he’s strong enough to re-evaluate everything he thought he knew about himself, and own up to the things he didn’t.