The Enoch-Metatron Tradition by Andrei Orlov 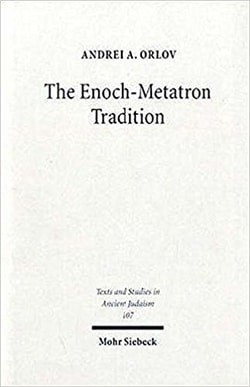 Andrei Orlov examines the tradition about the seventh antediluvian patriarch Enoch, tracing its development from its roots in the Mesopotamian lore to the Second Temple apocalyptic texts and later rabbinic and Hekhalot materials where Enoch is often identified as the supreme angel Metatron. He explores the imagery of the celestial roles and titles of the seventh antediluvian hero in Mesopotamian, Enochic and Hekalot materials.

The analysis of the celestial roles and titles shows that the transition from the figure of angel Metatron occurred already in the Second Temple Enochic materials, namely, in 2 (Slavonic) Enoch, a Jewish work, traditionally dated to the first century CE. The author then demonstrates that mediatorial polemics with the traditions of the exalted patriarchs and prophets played an important role in facilitating the transition from Enoch to Metatron in the Second Temple period.