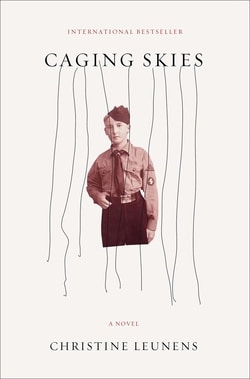 An avid member of the Hitler Youth in 1940s Vienna, Johannes Betzler discovers his parents are hiding a Jewish girl named Elsa behind a false wall in their home. His initial horror turns to interest—then love and obsession. After his parents disappear, Johannes is the only one aware of Elsa’s existence in the house and the only one responsible for her survival.

By turns disturbing and blackly comic, haunting and cleverly satirical, Christine Leunens’s captivating and masterful novel—sold in 16 countries and the basis for a major forthcoming film by Taika Waititi (Thor: Ragnorak,What We Do in the Shadows)—examines this world of truth and lies, laying bare the darkest corners of the human soul.