Heavenly Powers: Unraveling the Secret History of the Kabbalah by Neil Asher Silberman 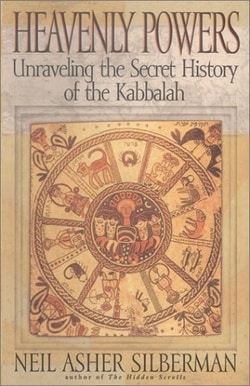 Does the mysterious symbolism of the Kabbalah have a hidden meaning? Does its epic talk of struggle between the forces of Good and Evil have implications for understanding the political history of the Western world? In tracing the history of this ancient Jewish spiritual tradition over the centuries, Neil Asher Silberman argues that the Kabbalah is far more than an otherworldly, occult way of knowledge. He demonstrates that it is a direct, often revolutionary response to the tyranny of earthly potentates and kings. In a historical saga filled with vivid characters and memorable historical backgrounds, Silberman’s story takes readers from Babylon at the time of the Prophet Ezekiel through Jerusalem at the time of Jesus, to Baghdad at the time of Harun ar-Rashid. From there the history of the Kabbalah winds its way through the wars and international intrigue of medieval Castile, Renaissance Venice, and the fabled court of Suleiman the Magnificent in Istanbul, culminating in the “golden age” of the Kabbalah in the mystical city of Safed in the mountains of Galilee. Heavenly Powers is a tale of visionaries, wonder workers, rabble-rousers, and would-be messiahs that stretches across continents and over centuries of political upheaval, revolution, and mystical speculation–up to the present day. Silberman offers readers a unique and controversial portrait of the Kabbalah not only as one of the world’s most enigmatic and powerful traditions but also as an explosive political doctrine dedicated to challenging the rule of the earthly powers-that-be.