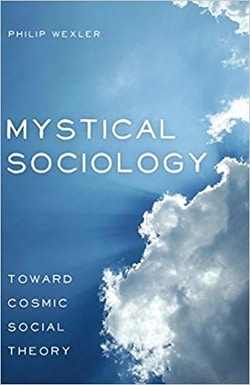 Culture changes historically, and along with it, reflexive disciplinary representations. Without fully abandoning Sociology, especially the classical tradition, and instead aligning it with its own religious origins and inclinations to an emergent socio-religious imaginary, we look elsewhere for a historically more effective hermeneutic. Here we look especially toward Jewish mysticism – particularly its social face in Hasidism – as a source not only for alternative adaptive social practices within a ‘society of excess’, but at the same time show how it offers novel interpretations of social dynamics. «Mystical sociology» is a hybrid term which displays continuing reliance on the sociological tradition, but also an ambition to reach into mysticism for its social hermeneutic and to think socially in a much wider, multi-dimensional space, described by James, Toulmin, Steinbock, Corbin and others, in terms of the cosmic, cosmological, or vertical dimension. Scholarly analyses of mysticism are reviewed and placed in relation to the religious turn, the post-secular and, broadly, to resacralization. Beyond the religious turn, mysticism is seen as at the heart of resacralization. A double-edged sword of remysticization is described; on the one hand, offering social materiel for everyday counter practices to excess, unintentionally reinforcing the hegemonic regime of commodification; but also, providing an opening toward a multidimensional critical theory – one which rides the blurring of the spiritual/material boundary, to offer a new vision of social practice and social theory, beyond resacralization and after spirituality.