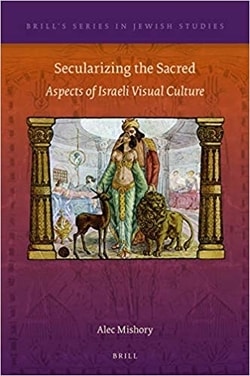 As historical analyses of Diaspora Jewish visual culture blossom in quantity and sophistication, this book analyzes 19th-20th-century developments in Jewish Palestine and later the State of Israel. In the course of these approximately one hundred years, Zionist Israelis developed a visual corpus and artistic lexicon of Jewish-Israeli icons as an anchor for the emerging “civil religion.” Bridging internal tensions and even paradoxes, artists dynamically adopted, responded to, and adapted significant Diaspora influences for Jewish-Israeli purposes, as well as Jewish religious themes for secular goals, all in the name of creating a new state with its own paradoxes, simultaneously styled on the Enlightenment nation-state and Jewish peoplehood.