From the Cincinnati Reds to the Moscow Reds: The Memoirs of Irwin Weil by Irwin Weil 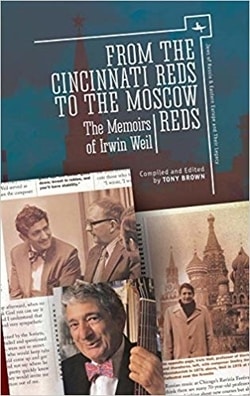 This book brings together a lifetime of experiences told by a beloved member of the field of Slavic languages and literature – Irwin Weil. During the Soviet era, Irwin frequently visited and corresponded with outstanding Russian cultural figures, such as Vladimir Nabokov, Korney Chukovsky, and Dmitrii Shostakovich. His deep love of the Russian people and their culture has touched the lives of countless students, in particular at Northwestern University, where he has taught since 1966. It is these stories of an unassuming Jewish American from Cincinnati, Ohio who rubbed shoulders with some of the most prominent thinkers, writers, and musicians in the Soviet Union that are presented for the first time in this volume.